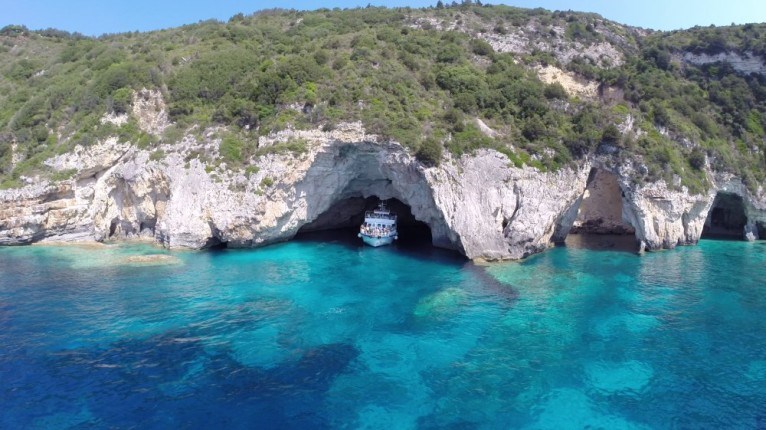 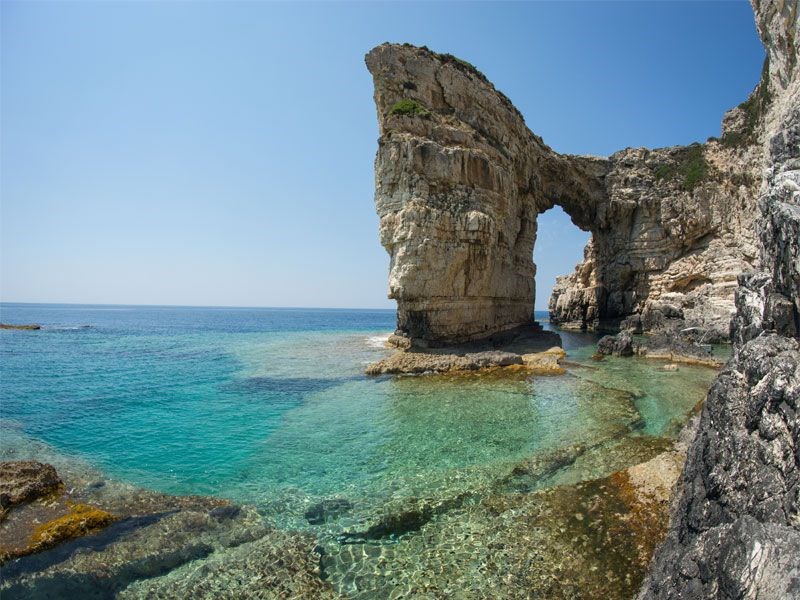 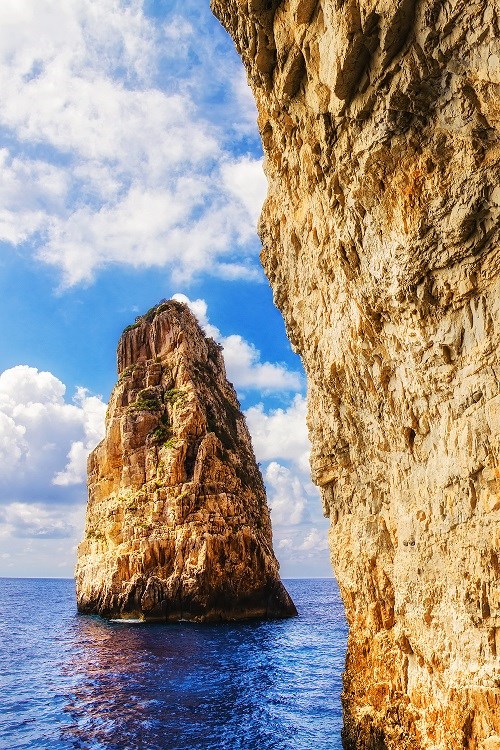 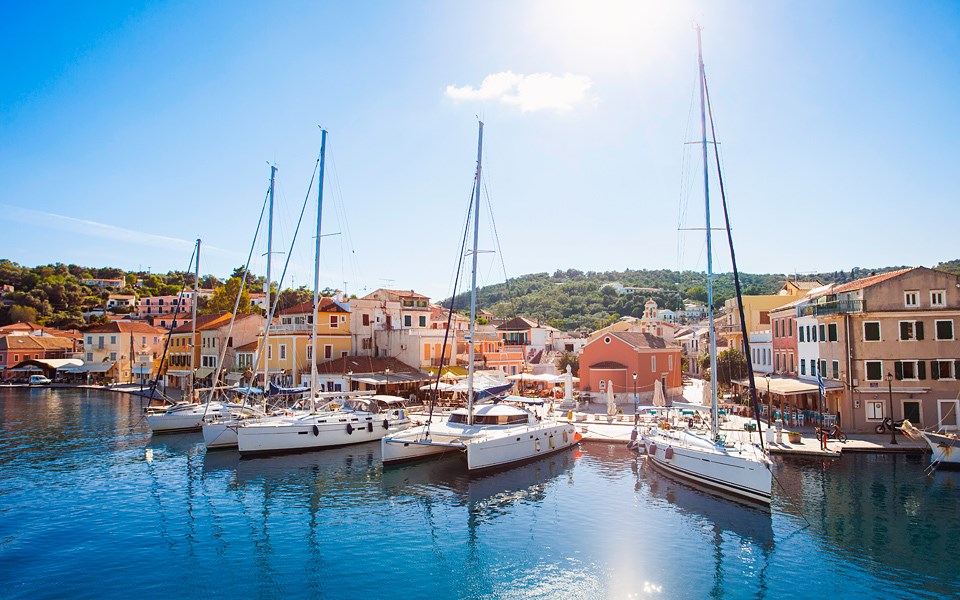 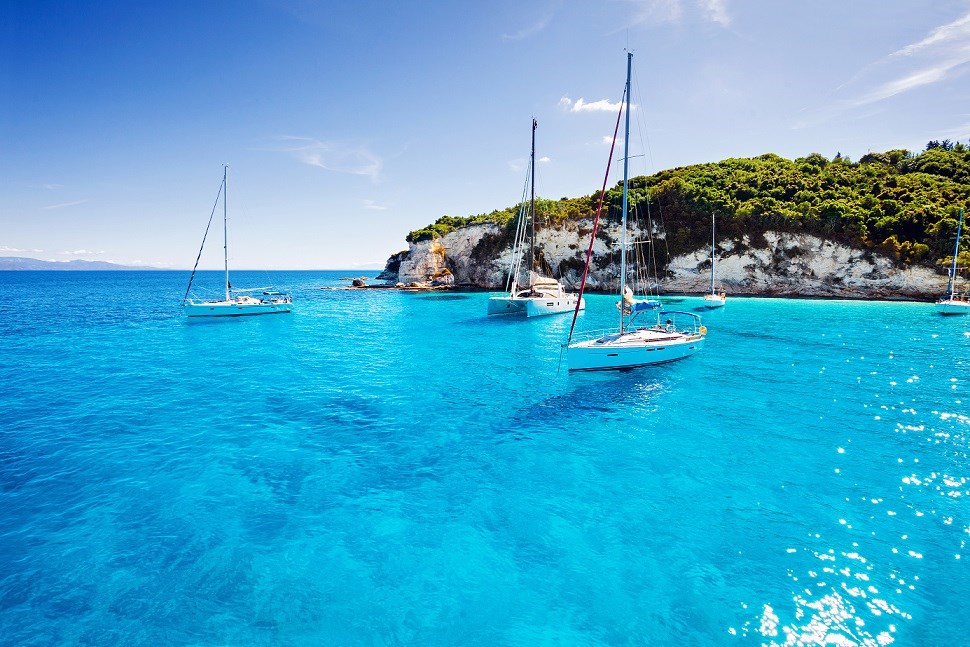 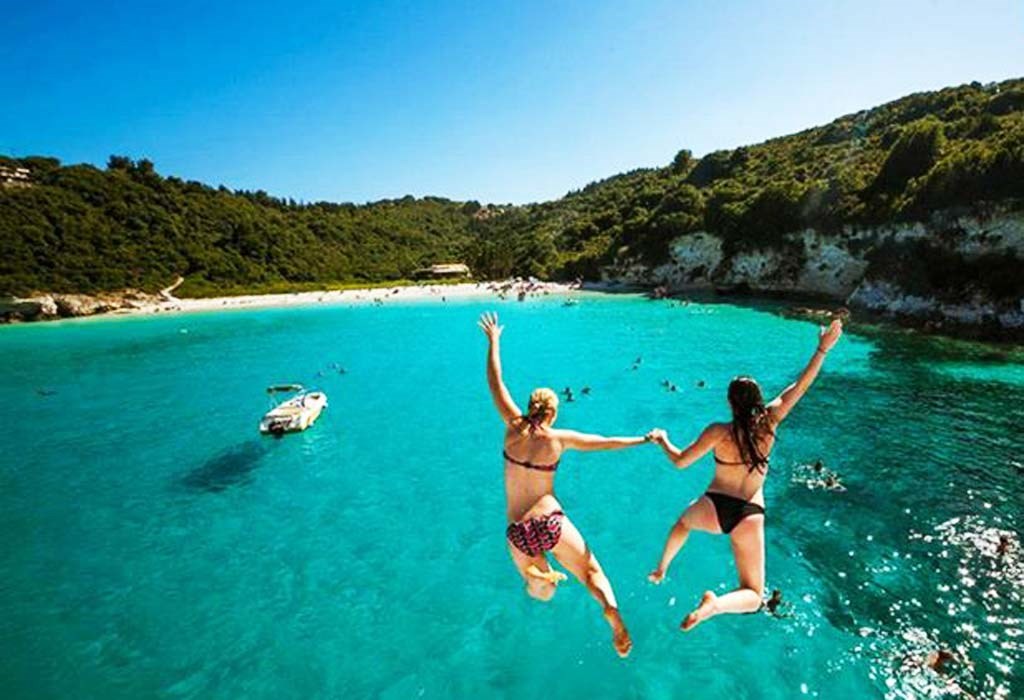 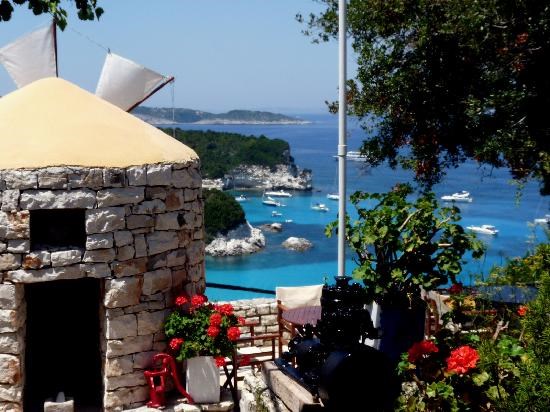 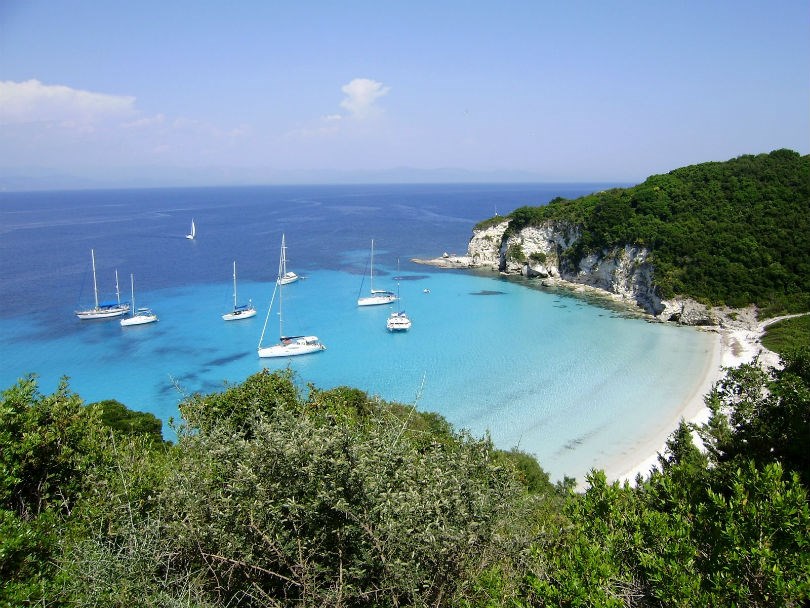 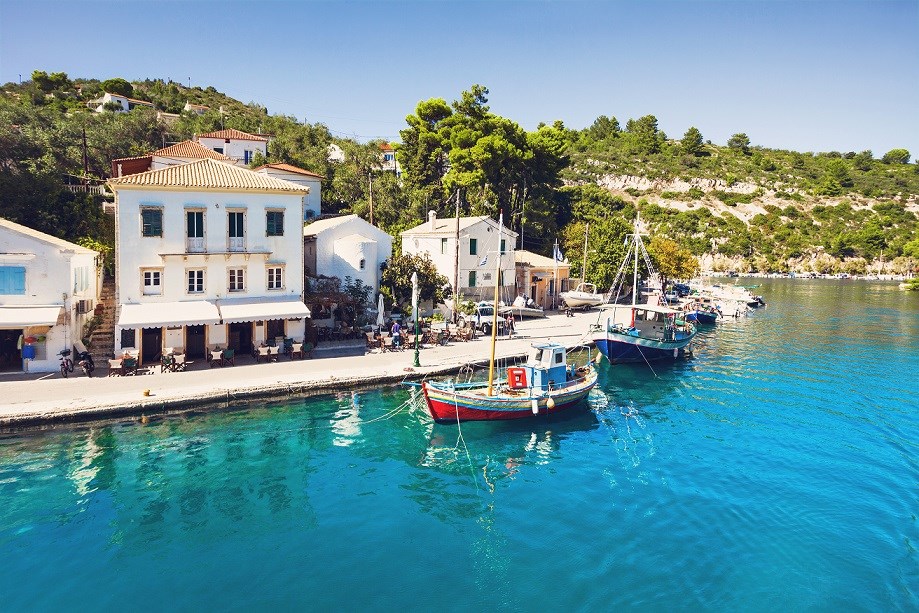 According to mythology, the island of Paxoi was created by Poseidon, god of sea. Poseidon fell in love with Amfitriti, abducted her and took her on his chariot to Corfu. There, with a blow of his trident, he cut off the southern part of the island and created Paxoi, where he lived with her in peace and quiet. However, in the process, he lost his trident, which was found by the islanders and made it their emblem.

You are given the opportunity to cross the turquoise waters of the Ionian Sea, swim through the caves, but also to admire the beautiful natural landscape that will remain etched in your memory. Sailing along way the Paxos coast, first stop will be the small but perfectly formed island of Antipaxos, where the sandy blue water coves have been compared to the Caribbean’s. Here you will be able to swim into the crystal blue water of this famous beach. After, the boat will be soon arriving at the wonderful Paxos Blue caves. The boat will enter into the Blue caves. It is said, according to the legend that in one of the blue caves called Ahai, there was situated the marble palace of Poseidon. The clear blue water into the caves will leave you speechless. Finally in Gaios you have free time to explore the picturesque , traditional village. A cruise is definitely not to be missed .